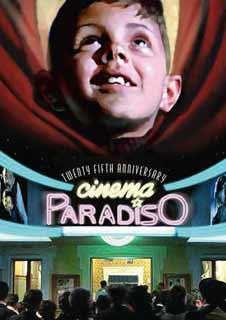 A generation-spanning story of friendship, love and filmmaking. Salvatore [Jacques Perrin], now a successful film director, returns home for the funeral of Alfredo [Philippe Noiret], his old friend and mentor who was projectionist at the Cinema Paradiso, the focus of his childhood imagination and adult reminiscences. Soon memories of his first love affair with the beautiful Elena and all the experiences that shaped his life come flooding back, as Salvatore reconnects with the community he left 30 years earlier. Enchanting in every way, Cinema Paradiso on the big screen will make you wide-eyed with childlike wonder all over again.