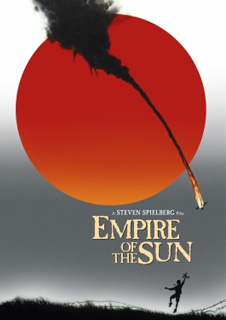 Steven Spielberg's epic, Empire of the Sun, based on J. G. Ballard's autobiographical novel, stars Christian Bale as a spoiled young British boy, living with his wealthy family in pre-World War II Shanghai. During the Japanese invasion, Bale is separated from his parents. With the help of soldier-of-fortune John Malkovich, Bale learns to survive without a retinue of servants at his beck and call.

Go to Charlie Byrne's Bookshop and mention the Pálás Book Club to get 10% off your copy, then join us at Pálás to watch the film and discuss the (de)merits of each in the bar afterwards. If you show your Charlie Byrne's receipt at Pálás you get 10% off your ticket as well! No membership necessary but be sure to follow us on Facebook, Instagram & Twitter @palasgalway for updates.