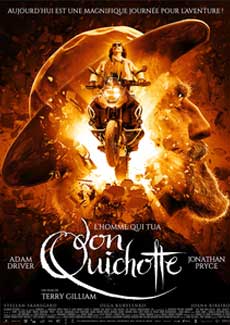 Toby, a disillusioned advertising executive, becomes pulled in to a world of time jumping fantasy when a Spanish cobbler believes him to be Sancho Panza. He gradually becomes unable to tell dreams from reality.