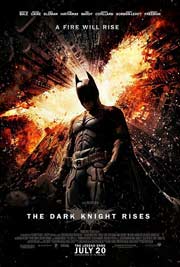 Christopher Nolans Batman franchise continues with this Warner Bros. release, the third in the series. The story will pick up after the events of The Dark Knight, with David Goyer once again working on the script.